If you happen to be in town from now to 13th September, don’t miss out this precious opportunity to experience social and cultural changes in the Chinese society in the past century through analyzing transformation of the qipao with time. Qipao, the traditional dress for Chinese women, has constructed a cultural symbol from a piece of clothing. Showcasing some 280 qipaos, this exhibition presented by Hong Kong Museum of History illustrates the origins of the qipao and its transformation between the 1920s and 1960s.

To embrace historical and cultural values found in the qipao, the Taiwanese designer Wang-Chen Tsai-Hsia for Shiatzy Chen which brand spirit’s lustrous “neo-Chinese chic,” which celebrates traditional Chinese aesthetics in modern fashion design and the elegant blend of east and west, displayed several signature showpieces of hers presented at Paris Fashion Week in the exhibition to give new perspectives on how a contemporary fashion designer has injected fashion and modern elements into the qipao and reinterpreted the qipao tradition, making it transforming continuously.

This exhibition provides a broad cross-cultural look at fashion and its place in society. It’s gonna be academically inspiring yet entertaining. For more details on Shiatzy Chen’s designs, plz click onto my another post http://lamode-gvmiao.blogspot.com/search/label/Shiatzy%20Chen 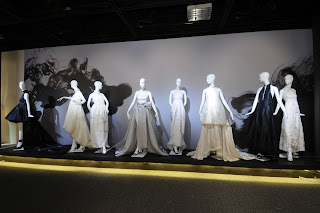 These photos showed noble Manchu women during the mid to late Qing dynasty. The gowns reflected a design typical of the time. With a loose, straight cut and wide sleeves, the long gowns fell to their ankles. Embellishments and details were especially important in Qing dynasty attire. The gown of the period often featured complicated patterns with the body, collar, cuffs and front-flap adorned with extravagant embroidery. 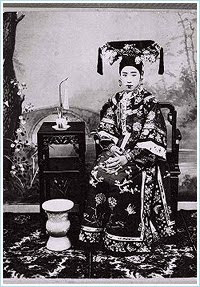 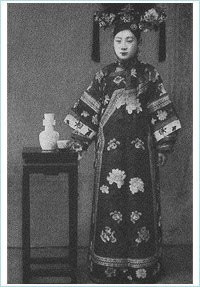 The early qipao of the 1920s was a loose body with straight cut, reminiscent of the long Manchurian gown. Yet, like other clothing worn daily, the hemline of the skirt had been shortened to the heels. The sleeves, meanwhile, took on the bell-shaped style extremely popular at that time. 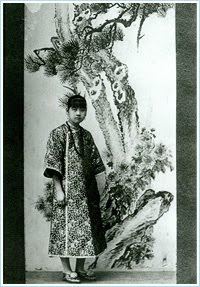 In the 1920s, the qipao featured a wide, straight cut and inverted bell-shaped sleeves. 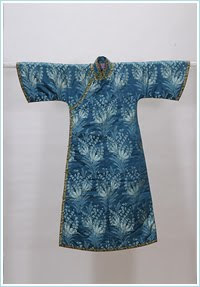 In the 1930s, the fashionable women of Shanghai always wore a qipao of long and slender cut with a pair of high heels. This photo showed the Shanghai film celeb, Chen Yanyan, around 1935. 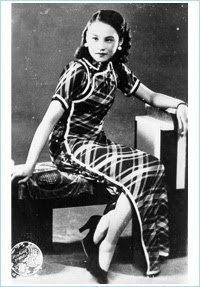 The see-through qipao was extremely popular during the 1930s. 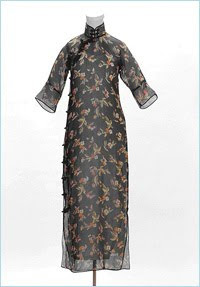 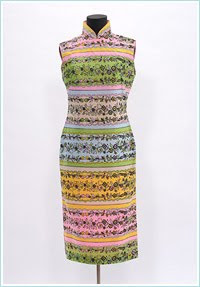 A typical qipao of the 1950s and 1960s, with a slim cut at the waist to highlight the feminine curves. 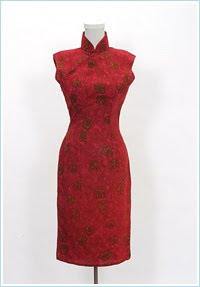 The elements of the qipao were adopted in the design of uniform worn by the ceremony hostesses of the 2008 Beijing Olympics. 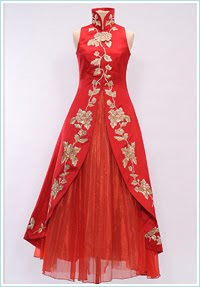 Creating a light and modern effect, transparent fabric was used on one shoulder of this qipao designed by Blanc de Chine. The skirt adopted a western floor-length design, thus embodying a fusion of Chinese and western elements. 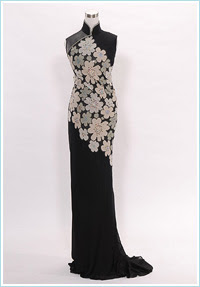 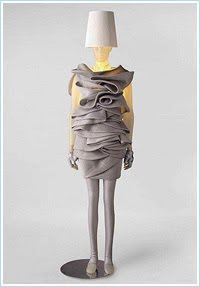 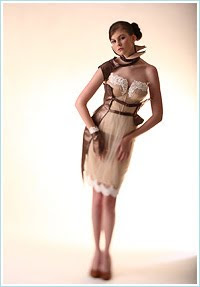 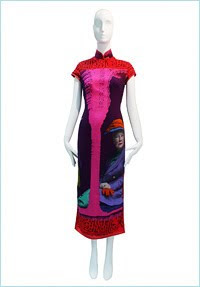