Though I was born in the States, I spent my childhood mostly in Hong Kong when my half Chinese and half American father, who was a businessman decided to move his family to Hong Kong after my birth. Being conscious of my Chinese identity, I got that attached feeling to Hong Kong probably because I got many memories attached to this place. I couldn’t help feeling thrilled when I knew I was gonna blog this show by some young talented designers from my “hometown.” This house show presented by Hong Kong Fashion Designers Association Autumn/Winter 2010 included in Hong Kong Fashion Week took place at 2pm on 21/1 in the Hong Kong Convention and Exhibition Center. The 3 local designers’ collections which have their respective unique personality were presented within the half hour show. I arrived like half an hour before the show expecting a long queue to get to the standing area for the press. Much to my surprise, I was led to the front row seats reserved for the press where I snapped pics of the models walking the runway from the best angle. The stage was modern and was set minimally with a white runway and background projection as a backdrop. 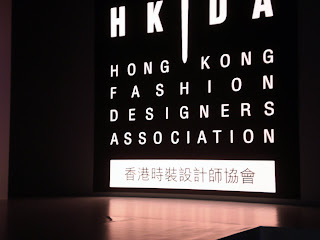 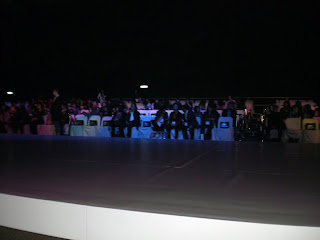 The show kicked off with Yam Chan, the designer of yamkocht’s collection titled “Plane Dressing.” Futuristic and sexy are probably the words that best describe Chan’s collection. Inspired by uniqueness of paper dolls, Chan turns paper dolls into an art form reflected in his super sexy signature diving suit-like jumpsuit in black. 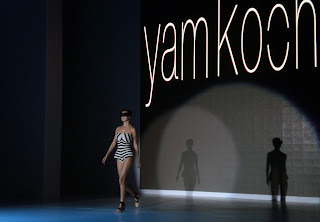 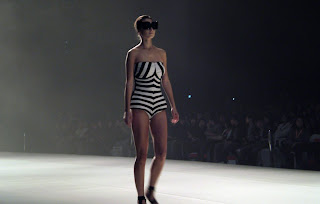 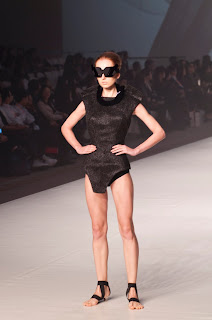 The structured silhouettes of the jackets, skirts and dresses somehow remind me of the 3D elements in Viktor & Rolf’s designs but in a mild way. Another impressive thing about the collection that can’t be missed is the nicely executed fluid drapery in the black chiffon jumpsuit. The models walking the runway barefoot, their feet wrapped by a strip of cloth as if they were in heels, to be exact gotta be the highlight of the show, too. 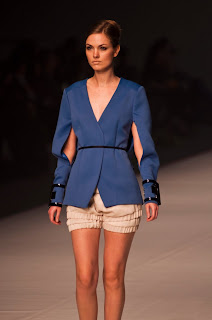 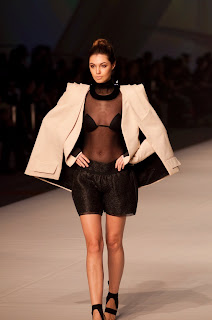 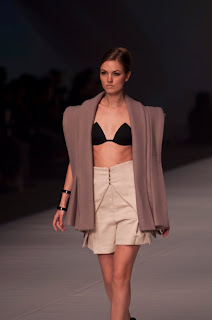 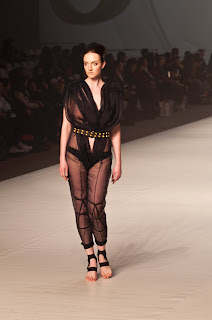 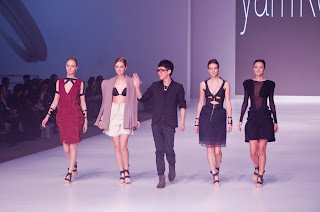