Undoubtedly Vivienne Tam is well-known to the world for her East-meets-West fashion sense especially to New Yorkers, as Tam moved to New York in 1982 where she thrived on the excitement and energy of the fashion world after attending college to study fashion design in Hong Kong. Despite the fact that New York has become a home for her, Tam’s a native daughter of Hong Kong where she had lived with her parents who fled China for Hong Kong till she graduated from Hong Kong Polytechnic University. Growing up in the unique atmosphere of the then British colony of Hong Kong with its combination of Chinese and Western influences’ inspired Tam’s East-meets-West style. Season after season, Vivienne Tam draws inspiration from her Chinese heritage to create distinctive clothing that blends the best of both Eastern and Western cultures. In 1995, Tam sparked controversy with her “Mao” collection. The designs depicted the former Chinese Communist Party leader in unusual and humorous ways, such as with his hair in pigtails or with a bee on his nose. While alienating and offending her Chinese customers, Tam made waves in the US, as Americans lauded the provocative collection. In 1997, her “Buddha” collection excited similar interest and controversy. 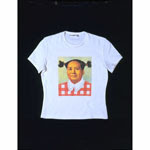 Vivienne Tam the designer in her Buddha print dress 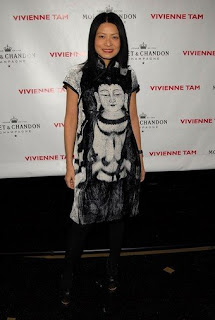 We have seen over all these years Tam’s designs with extensive Far East references in almost every runway show and this year’s no different. In 2007, she reworked the concept of the Chinese qi pao. In 2009, she got inspired by the Chinese character for nothingness for her Fall/Winter collection. Her inspiration this season’s the 12 animals of the Chinese Zodiac.

Tam developed a qi pao/twenties hybrid and overadorned it with ruffled bibs and geometric shapes for her 2007 Fall/Winter collection. 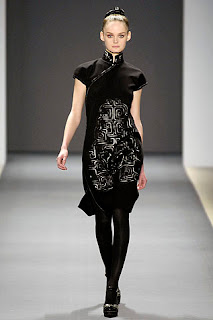 2009 Fall/Winter collection inspired by the Chinese character for nothingness ― a piece of art in its own right ― which Tam’s drawn to for its graphic appeal, as well as its message of cleanliness and starting afresh 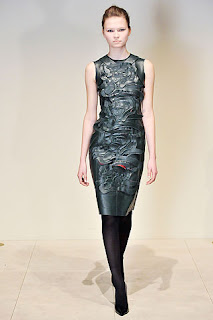 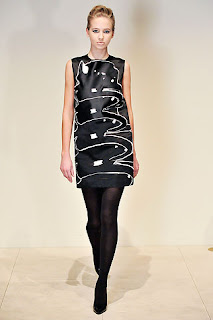 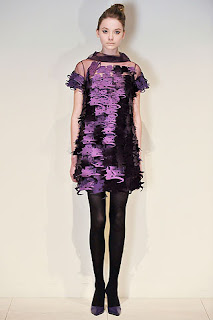 Vivienne Tam Fall/Winter 2010 presentation’s held at the Mercer Street flagship the night before Valentine’s Day. The 18 models were perched on podiums in the middle of the boutique, which allowed us to get a closer look at each garment treated with the intricate details. This collection, themed the Year of the Tiger, features plenty of texture, amazing fabrics, and designs based on the Chinese Zodiac: “snake” prints, “rooster feather” sequins, and even a “rat” appliqué on a color palette of blood red, winter white, black, gold, grey, and green. The looks are a bit edgier than the previous seasons in which the designer strikes the perfect balance between masculine – the jacket paired with of-the-moment pleated cropped trousers, the multi-pocketed tweed vest and feminine pieces, such as the ombre frock with artful origami folds and party dresses busting with sequins and feathers. Also, her black tiger print lace tights will surely be a must-have for fall. 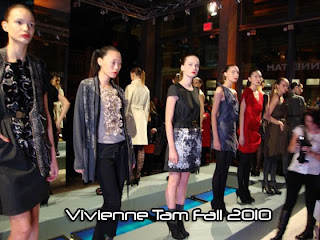 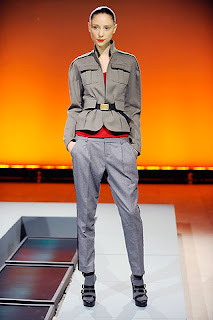 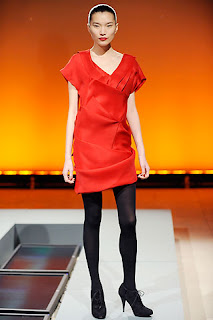 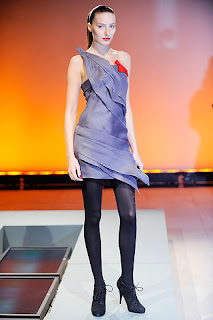 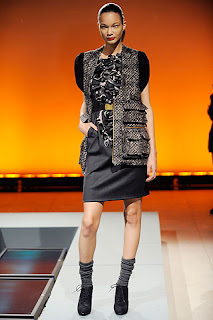 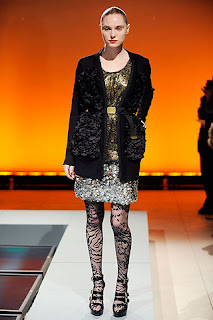 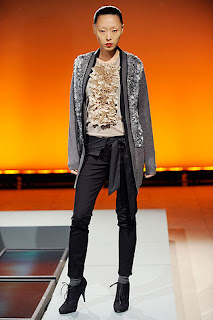 Anastasiia Nikitchyna in the jacket with a ‘rat’ appliqué on it 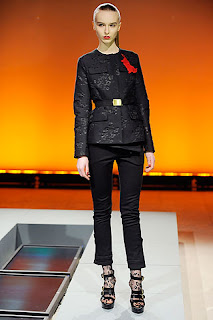 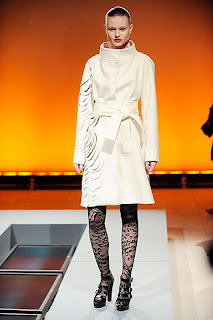 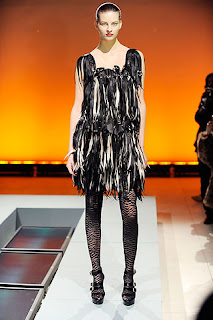 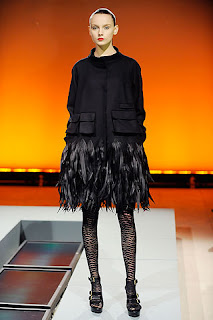 Signature look of the season: Lucia Jonova in the ombre frock with artful origami folds 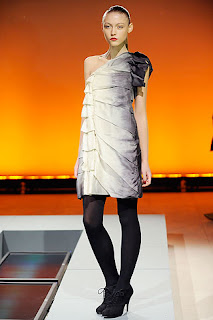 The black animal print lace tights are definitely gonna be a must-have item for Fall. 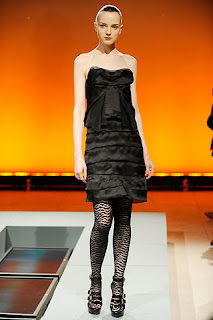 Everyone can be a Model (Part 2) – Watch Me on Stage: My Mod...
Historic Clothing Encounters
Launch of Swatch Limited Edition “Year of the Dragon” Collec...
Wish Every Day was Christmas!
Salute to Kris Jane@Call The Tune – Vogue Italia X Wowcracy ...
Let's Talk About Love: Tif & Tiffy Valentine's Day DIY Blogg...
Not A Research Paper: A Brief Scrutiny of the Macro And Micr...
← My Favorite Designer 2: Matthew Williamson at London Fashion Week Fall/Winter 2010 – from Bohemian Look to High-end Style
My Favorite Designer 4: the Taiwanese Designer Wang-Chen Tsai-Hsia for Shiatzy Chen – “Neo-Chinese Chic” at Paris Fashion Week Fall/Winter 2010 →