The western world has shown great interest in the fabulous yet exotic and mysterious beauty of oriental art and culture for the past ten years. Since the Beijing 2008 Olympic Games, the designers’ passion for traditional Chinese art has reached its peak ever. Many designer brands have been fascinated by Chinese blue and white porcelain named Qing Hwa porcelain, one of the century-old Chinese handicrafts and turned it into a major element in their designs at a certain stage. Roberto Cavalli, Gucci, Christian Dior and the Chinese brand, Guo Pei are cases in point. I will talk about them a bit more in part II. British Vogue March 2010 issue takes inspiration from white porcelain which photo shoot was named China White. As the name suggests, it’s gonna show us lots of white porcelain: porcelain walls, porcelain stairs, porcelain floors and no wonder that we also see porcelain clothes and a porcelain girl. Under Tim Walker’s camera and Kate Phelan’s styling, not Lily Cole this time but Sasha Pivovarova’s turned into porcelain beauty. 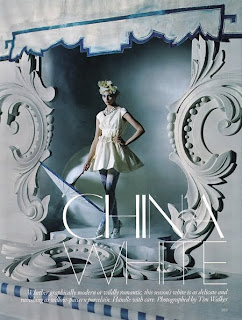 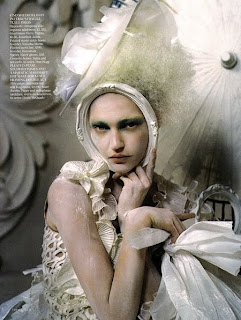 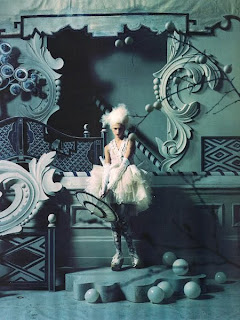 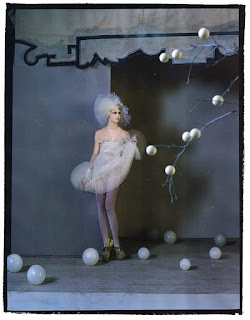 The exquisite and grandiose architecture occupies the whole look and at some pictures Sasha really seems little and unnoticeable. But when the camera takes her close we see how fabulous-looking she is with her skin pale-white and outfits that seem fairy-tale-like. 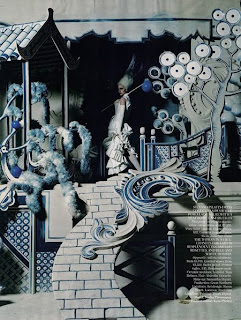 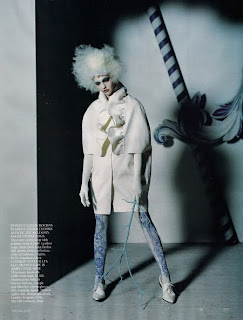 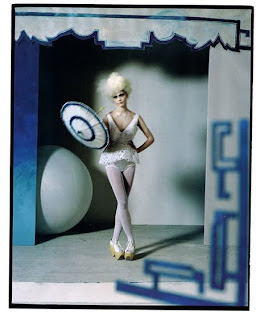 The model wears monster Mcqueen’s Spring/Summer 2010 surreal shoes and no less monster Nina Ricci ones, too. Here I dedicate this picture to our beloved fashion master, Alexander Mcqueen. 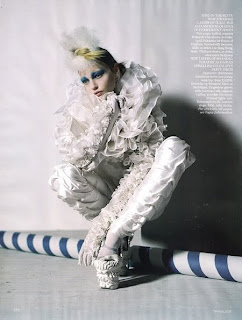 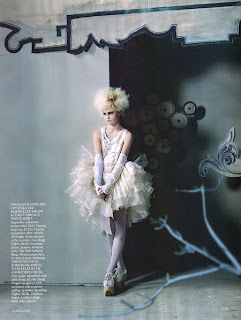 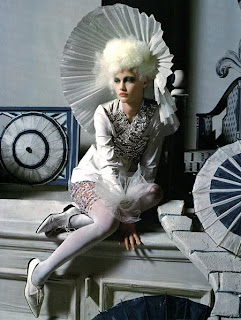 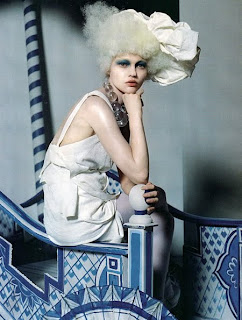 Part II is coming up soon.