When I was sharing the pictures of some designer brands’ collections inspired by Chinese blue and white Qing Hwa porcelain the other day on facebook, a friend commented and gave an alternative view about the inspiration of such design that the blue and white embroideries on some pieces such as the gowns presented in Christian Dior Spring/Summer 09 Haute Couture collection are in fact possibly closer to Delftware or ceramic blue tile reference originated from the Netherlands and Portugal respectively. Considering the floral motif of turnips as a symbol of the Netherlands, Galliano’s apparently working on a distinctly European design rather than adopting the Chinese elements in his works. I definitely take his point as many aftershow reviewed taken note of the influence of the Dutch masters from whom the designer took a rich Vermeer palette. Nevertheless, when I juxtaposed the pictures of Chinese Qing Hwa porcelain, Dutch Delft pottery and of Portuguese handpainted ceramic tiles, I was amazed at the similarities among them all and have come up with a conclusion that the mutual cultural influence between the East and the West’s a history that possibly dates back to the 15th century, i.e. the Ming Dynasty of China when a lively trade took place between the East and the Dutch East India Company during the Dutch Golden Age. Millions of pieces of Chinese porcelain were imported in the early 1600s. The Chinese workmanship and attention to detail impressed many. Only the richest could afford the early imports though. Although Dutch potters didn’t immediately imitate Chinese porcelain, they began to do it in 1620 when the supply to Europe’s interrupted. Delftware inspired by Chinese originals persisted from about 1630 to the mid-eighteenth century alongside European patterns.

Ohhhhh that’s enough history. To be fair, seeing the design as either purely European or simply a borrowing of Chinese attributes’ still not good enough. I’d like to see it a blend of the influence of traditional Chinese craftwork and Renaissance art instead, which would more effectively portray the whole image. And of course most important of all, as long as the design’s chic and beautiful, it’s gonna able to set a trend. 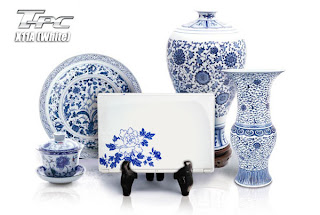 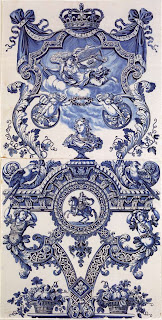 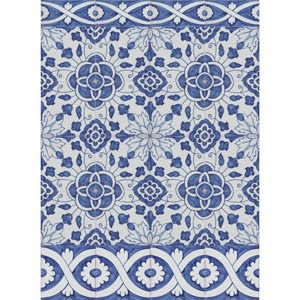 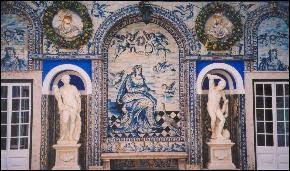 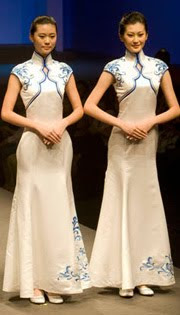 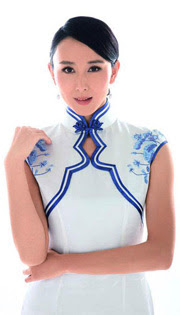 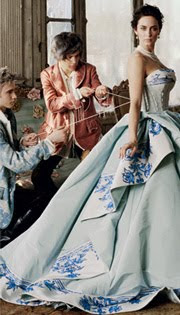 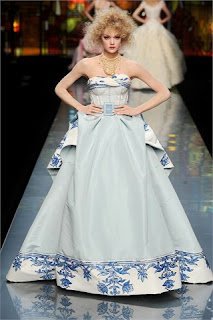 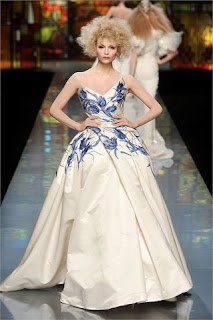 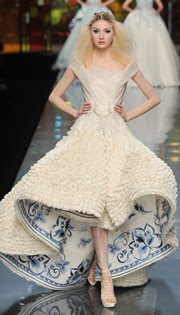 John Galliano wasn’t the only designer who got inspired by blue and white porcelain. Roberto Cavalli had launched the “porcelain collection” as early as 2005 Spring/Summer. Victoria Beckham wore it, too. 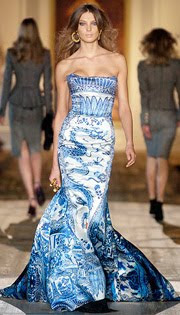 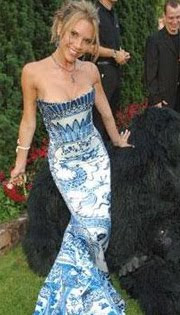 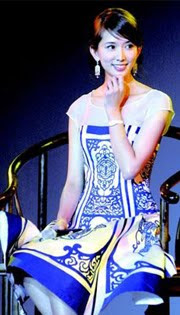 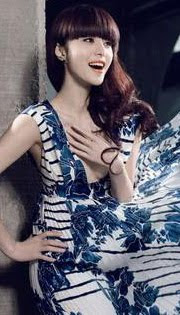 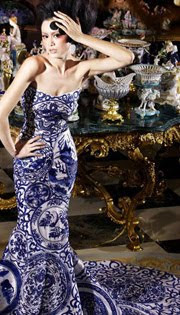 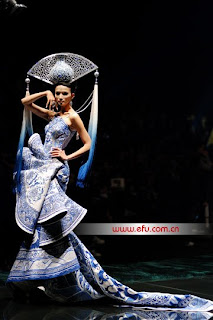 The launch of Gucci Shanghai Dragon Bag to celebrate the opening of the flagship in Shanghai, China 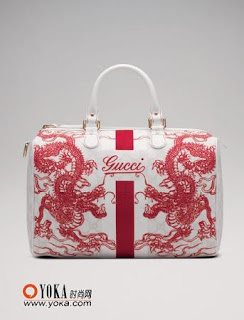